The New England Future Faculty Workshop is pleased to announce a virtual panel discussion on “Navigating the Academic Job Market during the COVID-19 Pandemic,” which will take place on August 14th, 2020. While the Future Faculty Workshop sets participants up for success, there are new challenges to consider during this difficult time. Hear from those who were on the market during the last recession, are currently on an academic hiring committee, or consult on the academic job market.

Andrés started his independent career as an Assistant Professor in the Department of Chemistry at Wayne State University in August of 2009. That same year, he was admitted as a scientific member of the Barbara Ann Karmanos Cancer Institute. He was recruited to the University of North Texas as an Associate Professor in the Department of Chemistry in 2016. Andrés is a nationally awarded investigator for his contributions to the development of computational simulation methods and their application to the study of protein and liquid systems. In particular Andrés is interested in developing methods for the classical and hybrid quantum/classical simulation of proteins, ionic liquids, and investigating DNA modification enzymes and their possible role in different cancer types.

CDM Smith Professor and Department Chair of Civil and Environmental Engineering; and Director of the Laboratory for Structural Testing of Resilient and Sustainable Systems (STReSS Laboratory), Northeastern University

Jerry’s research and teaching interests include analysis, experimental testing, and design of steel and composite steel/concrete structures, regional modeling, and earthquake engineering. He has published over 200 papers and authored or edited four books on these topics. Jerry was made a Fellow of ASCE in 2007 and of SEI in 2013, and was awarded the 2016 ASCE Moisseiff Award, the 2015 Clemens Herschel Award from the Boston Society of Civil Engineers, the 2010 Popular Mechanics Breakthrough Award, the 2009 ASCE Shortridge Hardesty Award, the 2005 AISC T. R. Higgins Lectureship Award, the 2004 AISC Special Achievement Award, the 2003 ASCE Walter L. Huber Civil Engineering Research Prize, and the 2000 ASCE Norman Medal for his research on steel and composite structures, structural stability, and earthquake engineering. 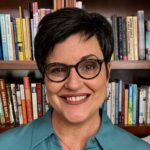 Founder & President, The Professor Is In

Karen is a former tenured profess and department head with 15 years experience teaching at the University of Oregon and the University of Illinois at Urbana-Champaign. The Professor Is In, which launched in 2010, provides advice and consulting services on the academic job search and all elements of the academic and post-academic career. Karen speaks nationally and internationally on topics related to Ph.D. professionalization and is a weekly columnist at Chronicle Vitae. 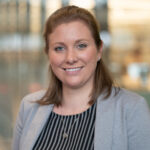 Lori’s research is focused on the design of novel compounds to treat neglected tropical diseases. The lab employs a drug repurposing approach wherein early or late-stage chemical matter is used to identify starting points for optimization. Lori currently leads several kinase repurposing projects focused on the identification of novel treatments for malaria, human African trypanosomiasis, Chagas disease, leishmaniasis, and schistosomiasis. She is working to expand her research portfolio to include infectious diseases more generally with a view to obtaining her first faculty position in the not too distant future. 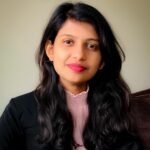 Lakindu graduated from the University of Colombo, Sri Lanka, majoring in Immunology and Integrative molecular biology in 2017. She is also a conservation biologist, studied about Sri Lankan Leopard (Panthera pardus kotiya). Her doctoral research involves two projects. The first project investigates the mutations associated with DNA polymerase kappa and their functionality towards chemotherapy. The second project is about proteins that facilitate the digestion of wood found in shipworm and those produced by its bacterial symbionts.

This event is open to all. Register here.